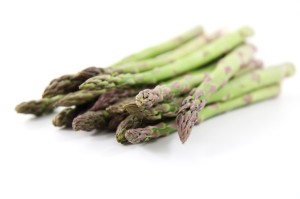 Last month I did something I’ve been thinking about for years and which signified a real and definite change in my outlook on life. I planted an asparagus bed.

For those of you who aren’t horticulturally-inclined, planting an asparagus bed is kind of a big deal. Asparagus takes up a lot of space, with tall spreading plants. The plants don’t produce edible asparagus in the first year and have to be carefully tended and consistently watered to produce crisp, delicious spears the following year. With care, the plants will continue to produce year after year, but planting a bed means dedicating a large patch of garden and making a long-term commitment, which is why I haven’t done it before and why it’s so significant to me now.

So much in my life has been uncertain for so long that I’ve found it hard to make plans for a month in advance, let alone commit to a project that will take at least a year to come to fruition and will mean an ongoing commitment of many years. Ever since my future as a mother began to look uncertain, I haven’t been able to form a clear picture of how my life might look down the road.  Setting goals and making plans has felt pointless when I’ve no idea what my desired destination is anymore.

Although having a bed of homegrown asparagus isn’t exactly a fully-formed picture of my ideal life, and there is certainly a lot of fuzziness around the path my life will take now, my decision to commit to planting took forward planning and feels like the beginnings of commitment and permanence. It’s a step towards a positive future…and a very tasty future, at that.