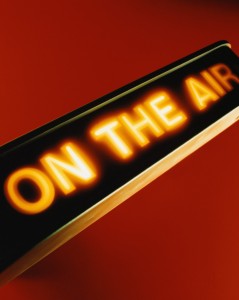 Earlier this week I was invited to join a conversation about “No-Mos: Women who aren’t having children” for CBC’s Day 6 radio show. I was joined by Melanie Notkin, author of Otherhood, and Laura Scott, who heads the Childless-by-Choice Project.

I am enormously grateful to the show’s host for providing this space for an intelligent conversation about the realities of being a childless woman in our society, and to my co-interviewees for speaking out so articulately on this topic.

Meet Lisa Hymas. She’s the senior editor at Grist, the online environmental salon, and a self-proclaimed GINK: green inclinations, no kids. Hymas makes a strong case for child-free living, including reducing the impact of over-population on the environment. But even though her manifesto is environmentally-driven, she makes a strong statement about how we childless and child-free women often side-step the conversation about kids. Hymas says:

Parents talk all the time about the delights and challenges of raising kids, to other parents and to all the rest of us, and I don’t begrudge them that. We childfree people rarely discuss in public the upsides and downsides of life without kids—and that’s what needs to change.

I couldn’t agree more. For too long, being childless has been something that shouldn’t be discussed, something we should be embarrassed about, or something that isn’t a topic for polite conversation. We’re sending a message to young women that living child-free isn’t an acceptable option. And we all know that it is.

You can read Lisa Hymas’ GINK manifesto here. Tell us what you think.

Laura S. Scott is the founder of the Childless by Choice Project and wrote this book based on her findings.

Two Is Enough: A Couple’s Guide to Living Childless by Choice is the narrative of one woman’s quest to explore the motives and decision-making processes of the childless by choice in North America. Facing the end of her childbearing years in a childless by choice marriage, author Laura S. Scott surveyed 171 voluntarily childless individuals in United States and Canada to determine why and how they came to the decision to remain childfree.

It makes for interesting reading. She says:

I think we need to acknowledge that in a pronatalist society, child-free can sometimes be a loaded term. It can imply more than we intend, inviting people to assume motives—like dislike of children—which may not apply to some who are using the term as a way to communicate their well-being. Child-free also implies a type of lifestyle that may not be an accurate description of the lives of some of the childless by choice persons I have interviewed: teachers, childcare workers, and those who choose to welcome other people’s kids into their lives.

Have you read this book? Can you recommend other books for childless or child-free readers? Let us know.

After my gripe on this week’s Whiny Wednesday, I came across this post on the excellent Childless By Choice Project blog. It chronicled the backlash of criticism after Slate’s Dear Prudence suggested to a newly married couple that they rethink their decision to not have chidren rather than suggesting how to deal with the people who keep hounding them about their choice.

When I recently told my OB/GYN that we had decided not to pursue fertility treatments and to remain childless instead, she told me that it wasn’t too late for me and that her friend had just had a baby at 45. Do people really not hear us when we tell them about the decisions we’ve agonized over? Do they not give us credit for having weighed the options and made the right decision for us, not them, not the future of the human race?

One reader, who has three children said:

Having said all that, people should (or should not) have children because it’s what they want to do, not because of the expectations of others.

People who choose not to have children have just as much right to that choice and the right not to be harassed by anyone, including parents and grandparents.

Amen! But another reader had this to say:

We are past that age where people are expecting us to have children. However, we still get people who think we will regret our decision, so at any age the decision to remain childfree is challenged or not seen as viable.

If we can’t change people’s point-of-view, or their need to express their opinions on how we choose to live our lives, maybe all we can do is go out into the world armed with an arsenal of snarky comebacks. It’s just a suggestion.