On Friday’s post, Kathryn added a comment with this article about childless women. According to a recent Pew Research Center report, among U.S. women in the 40-44 age range, close to 1-in-5 is childless (and I suspect these statistics are similar across other age groups and in other developed countries.)

Kathryn’s question was: Where are all these women?

It’s an excellent question and I know that most of us have been in situations where we’ve felt as if we’re the only childless person in a room full of mothers armed with photos and stories. But apparently, if there are 10 women in a room, statistics suggest that we should be able to find at least other woman like us. Imagine how many childless/childfree women go to the grocery store every day, or to the airport, or to a big football game!

So I’m throwing out a challenge this week. Find the other childless/childfree woman in the room! Tune up your non-mom radar, pay attention to the tell-tale signs, and sniff out your tribe. I want each and every one of you to find one new childless/childfree woman this week. You don’t have to talk to her about it, you don’t have to tell her about yourself, you just have to find her and make some contact, even if it’s just to ask where she got her shoes.

Post your successes here. We have all found one another, so now it’s time to find the rest of us out there. Good luck and happy hunting. 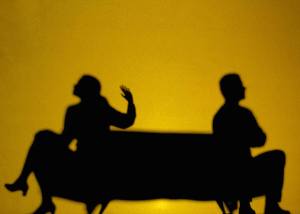 This article, Is Being Childfree By Choice Selfish? first appeared in REDBOOK and was reposted on MSN. Obviously, we’re not going to have the “selfish” discussion here. We all have our reasons for not having children, and most of have at least one good comeback in our arsenal in case someone actually plays the “selfish” card with us. But there were some interesting points in this article.

One woman who has never wanted kids said this:

“When someone asks me if I have kids, I often feel almost apologetic when I say no, like I have to provide a ‘good enough’ reason or they’ll take pity on me and assume I can’t have children,” said Rebecca. “But I just don’t have the gene for wanting a child, and I don’t think having a child would improve our relationship. I usually tell people that we’ve chosen to go the dog-and-cat route and leave it at that.”

Apologetic? She’s clearly a woman who has thought through this and made an intelligent decision, but now she feels she must apologize for that? Haven’t we all done that to some degree?

The article goes on to quote Laura Carroll, author Families of Two: Interviews with Happily Married Couples without Children by Choice, who says:

“I have been watching the childfree for over 10 years now, and I can say that they are not a homogeneous group. They come from all socioeconomical backgrounds and life experiences. They are no more selfish than parents who have kids for their own reasons. They so often contribute to the lives of kids (e.g., have occupations that revolve around children), to their communities, and our world. We need to realize and fully accept as a society that having children is an option, not a given. We also need to realize and accept that not everyone has the call to have parenthood be the central focus of their lives. There are many ways to lead fulfilling lives that make a difference, and raising children is one way, not the way, as many, many people out there will attest!”

Yes!! Finally!  I was happily thinking that the conversation about being childfree  is being brought into the mainstream. But this is how the article ends:

What do you think of the decision not to have children? Is it selfish? Or are couples who choose to be kid-free just self-aware enough to know that, for whatever reason, they’re not parent material? Are you childfree by choice?

So, in the end this article–originally printed in REDBOOK, the magazine for everywoman– isn’t addressing everywoman after all; it’s asking people with children for their opinions on the childless. Until a mainstream magazine publishes an article called, “Are parents selfish?” we aren’t really having a dialogue about this subject.